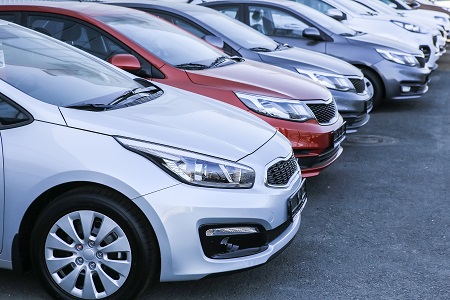 UK used car sales have reached a six-year low, due to limited supply and rising prices. An increasing number of motorists are seeking out second-hand vehicles in order to avoid lengthy waiting times for new models. The increased demand, and lack of general availability, has made some used models too expensive for some customers.

The average price of a second-hand car has risen from £13,973 in May to £16,878 by the end of October. For perspective, that’s the highest it’s ever been. In fact, around 22% of ‘nearly new’ models are being advertised as being more expensive than new models available in the nation’s showrooms. Some  2,034,342 used cars were sold in the previous quarter; down by 6% on last year and 2% on pre-pandemic figures from 2019.

Mike Hawes, chief executive at the Society of Motor Manufacturers and Traders, has commented on the used car situation. He said, “given the circumstances, with the global pandemic causing a shortage of semiconductors needed to produce new vehicles, undermining the new car market, used transactions were always going to suffer too”. He added, “this is particularly worrying as fleet renewal – of both new and used – is essential if we are to address air quality and carbon emissions”.

It’s unlikely, then. that the situation will improve until the supply-chain issues within the global automotive industry are resolved. Depressingly, some insiders suggest that this may take until 2023 / 24, too.

Fuel Prices: Nearly Half Of All Drivers Forced To Cut Household Spending – https://www.autoservefleet.co.uk/latest-news/fuel-prices-nearly-half-of-all-drivers-forced-to-cut-household-spending/