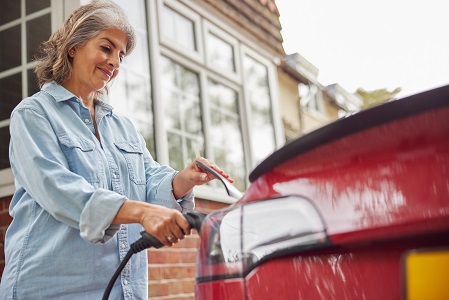 The government is planning on mandating that all new homes are fitted with EV chargers from next year; with a number of other buildings, including workplaces, also being included in the plan. However, the initiative has been accused of being both exclusionary and fundamentally inadequate.

Figures within both the automotive and energy sectors have suggested the plan will risk prioritising people living in wealthier areas; where homes are more likely to have off-road parking. This could lead to ‘blackspots’ that lack charging infrastructure. Instead, the critics argue, the government should be prioritising the installation of more public charge points across the country.

Guy Jefferson, speaking on behalf of Scottish Power, has spoken of the need to provide everyone with charging opportunities. He said, “it’s essential that chargers are available not just in new homes, private driveways, wealthy high streets and motorway service stations, but in remote, rural and socially disadvantaged areas too”.

Many new homes being build in the UK are relatively small, lacking car parking spaces; this is especially the case in cities or in nearby sub-urban areas. In which case, the government’s plan could make little difference in ensuring the country has enough charging infrastructure to allow for a mass-transition to EVs.

Sarah Winward-Kotecha, the director of electric vehicles at RAC, said it’s “important to remember that a lot of new housing stock, especially in cities, doesn’t even come with any car parking at all; let alone provision for electric charge points”. She continued, “by supplementing points already installed in places like forecourts and supermarkets with rapid chargers, drivers without off-road parking will have a realistic opportunity to go electric”.

Another limitation the government’s plan may face is actually another green initiative. Many new places of work are deliberately built with fewer parking spaces. This is to discourage car-use and encourage the use of alternative forms of transport.

Fuel Prices: Nearly Half Of All Drivers Forced To Cut Household Spending – https://www.autoservefleet.co.uk/latest-news/fuel-prices-nearly-half-of-all-drivers-forced-to-cut-household-spending/