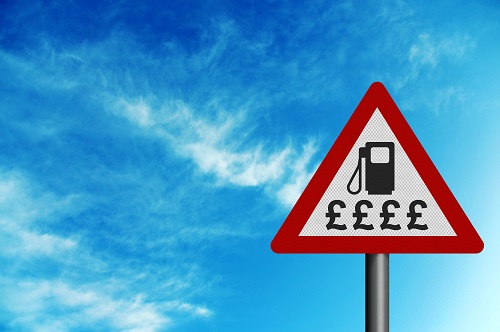 Fuel retailers across the country are being urged to lower their prices, following a significant dip in the wholesale price of petrol…

Drivers are currently paying a record 147.27p a litre for petrol. However, data compiled by the RAC suggests that fuel retailers could reduce this by 6p a litre; making it £3.50 cheaper to fill a tank on average. In addition, the price of diesel could also be reduced by at least 4p per litre from the current total price of 150.66p.

The wholesale prices of both petrol and diesel have dipped, Moreover, there’s been a drop in the wholesale price of their bio components (which make up around 10% of total composition). This alone should mean that prices are dropped by 2p per litre. The RAC is now calling on supermarkets, who provide around 45% of the nation’s fuel, to pass savings on to their customers.

Simon Williams, the RAC’s fuel spokesman, commented on the seeming reluctance of supermarkets to reduce their fuel prices. He said, “the longer they hold off doing the right thing, the more money they make on every litre they sell and the worse off drivers are”.

He continued, “unfortunately, the biggest retailers appear to have failed the transparency test as they are continuing to move prices up when they should now be doing the opposite just because there’s public acceptance that energy prices are rising. This isn’t acceptable but sadly consumers have no power to object. It’s also the case that no one is watching fuel prices as closely as the RAC which is why we’re highlighting the issue”.

Volta Trucks To Start Production In The UK – https://www.autoservefleet.co.uk/latest-news/volta-trucks-to-start-production-in-the-uk/

All In-Car Mobile Phone Use To Be Banned In 2022 – https://autoserve.co.uk/motoring-news/all-in-car-mobile-phone-use-to-be-banned-in-2022/

Previous post: Volta Trucks To Start Production In The UK
Next post: Nearly Half Of Large Vans Are Failing Their MOTs