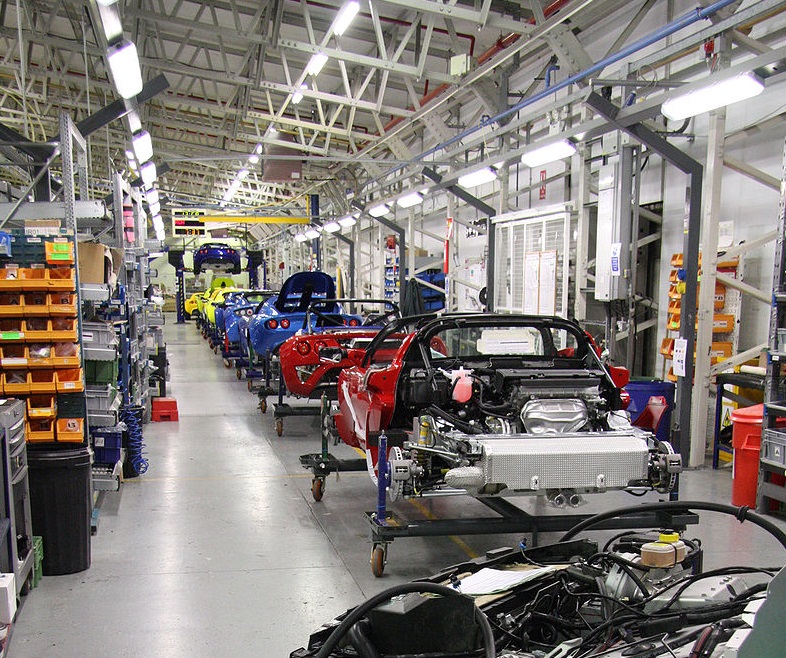 Temporary shutdowns of the UK’s automotive factories nearly slashed car production by a half. They were scheduled to deal with disruption caused by a departure from the European Union on March 29th.

Despite Brexit being delayed, the shutdowns took place as scheduled. As a result, overall car production fell by 44.5% in April according to the Society of Motor Manufacturers and Traders (SMMT). Describing it as an “extraordinary month”, they said just 70,971 vehicles came off of production lines; a whopping 56,999 fewer than in April last year. Production for the home market fell by 43.7%, whereas production for overseas markets fell by 44.7%.

Shutdowns are a natural part of the automotive cycle, usually because of changes in supply lines or demand. In this instance, they were brought forward from the summer to essentially brace for the impact of Brexit; especially in a ‘no deal’ scenario. This meant stockpiling components (which are usually sourced on a ‘final hour’ basis), retraining staff and adjusting logistics. This costly process, the SMMT claims, will not be repeatable for the current exit date of October 31st.

Mike Hawes, Chief Executive of the SMMT, claimed that uncertainty was crippling the industry. He said, “today’s figures are evidence of the vast cost and upheaval Brexit uncertainty has already wrought on UK automotive manufacturing businesses and workers.” He added, “prolonged instability has done untold damage, with the fear of ‘no deal’ holding back progress, causing investment to stall, jobs to be lost and undermining our global reputation.”

In addition to uncertainty surrounding Brexit negotiations, the automotive industry has been troubled by a slump in sales; made worse by a tariff war between America and China. The latter being the world’s largest market. In addition, the rise of electric vehicles and autonomous driving technologies have presented automakers with unique challenges. Not to mention the ongoing environmental and financial repercussions of the infamous ‘Dieselgate’ controversy. April was, in fact, the 11th consecutive month of falls for the UK’s car production. This year, 127,240 fewer vehicles have been produced than over the same period in 2018.

The SMMT believes overall production for the year will be down by 10%. It’s stated that it believes the market can pick up by the end of the year; pending a favourable deal and a suitable transition period. But Hawes has ruled out a positive scenario under any ‘no deal.’ He said, “no deal’ must be taken off the table immediately and permanently, so industry can get back to the business of delivering for the economy and keeping the UK at the forefront of the global technology race.”

SMMT: Brexit Extension Must Put An End To ‘No Deal’ – https://www.autoservefleet.co.uk/latest-news/smmt-brexit-extension/

What Does The UK’s Automotive Industry Consist Of? – http://autoserve.co.uk/motoring-news/what-does-the-uks-automotive-industry-consist-of/